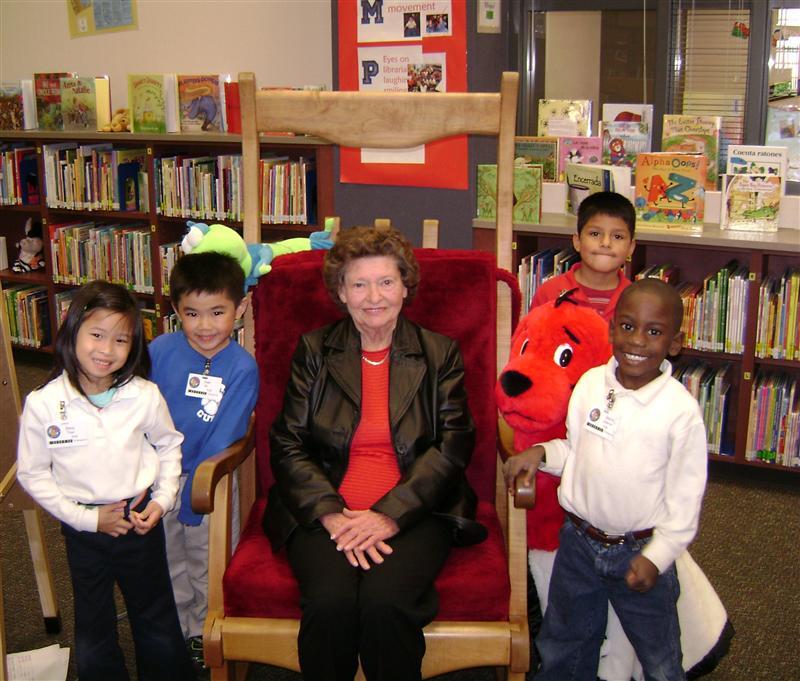 The History of Horn Elementary

Mrs. Gladys Birdwell-Horn moved to Alief in 1944 after her father, an employee with Southern Pacific Railroad, was transferred to the rural community. At the time, Alief was very difficult to find on the map. As one of many filling the huge vacancies resulting from the younger men being drafted to war, her father and his "older" co-worker had to take jobs in areas that were not considered so plush.

Alief, Texas turned out to a be place that the family made their home. Gladys attended high school in Alief and later made her home in Alief with her husband, Willard Horn and their children. All of their five children attended Alief schools.

In June 2004, Gladys hung up her pots and pans and retired from Alief ISD after serving the student and staff for 40 years. She worked as a bus driver, coordinator of the cafeterias, and Nutrition Department area supervisor. She lived through many changes in the district and Nutrition Department. There was a time when she used to trudge across the muddy, unpaved streets to transport students and staff lunches from Youens to Hastings. On rainy days this was no easy chore, and Gladys often recalled, "It was really difficult to carry food and keep my boots on so they would not get stuck in the mud."

The staff and students at Horn Elementary are honored to be named after such a dedicated servant to the district and education.